Tameside is a metropolitan borough which lies in the eastern parts of Greater Manchester. It spreads over 39.83 square miles and has an estimate population of 220.000 people. It is home to over 300 listed buildings and to a number of world famous places of interest. Some of the county’s most well-known districts and village are situated in the Metropolitan Borough of Tameside. 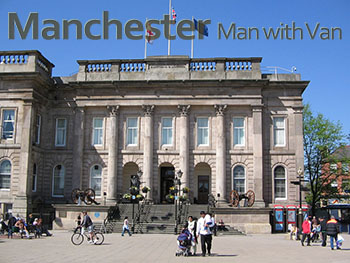 The market town of Ashton-under-Lyne lies in the northwestern parts of Tameside and has a population of over 45.000 people. Stamford Park is beyond any doubt the village’s most famous green area. It was created in 1873 when local cotton workers managed to purchase the lands from a local mill-owner after a 17 year campaign. Over 60.000 people were present at the park’s opening which today is the recipient of a Green Flag Award. The Ashton-under-Lyne War Memorial is another prolific landmark which attracts visitors by the number. The monument sits in Memorial Gardens and honours the memory of over 1.800 local residents who lost their lives during both World Wars. Ashton-under-Lyne, OL7, is also home to some of the county’s most beautiful churches.

Longdendale is a village which lies on the boundary between the counties of Greater Manchester and Derbyshire. The area is described as tranquil, peaceful and green. The Longdendale Trail was established after the closure of the local rail link is currently the village’s most famous place of interest. It is 6.5 miles long and is part of the much larger Trans-Pennine Trail which in its turn is part of the E8 European Walking Route which links the cities of Istanbul in Turkey and Cork in Ireland. Longdendale, SK14, is linked to the other parts of the borough by several bus routes which pass through it regularly.

The area of Carrbrook is situated in the northern parts of the borough. It is known throughout the county for its numerous 17th and 18th century buildings, some of which are among Britain’s best preserved pre-industrial revolution edifices. Buckton Castle is beyond any doubt the most famous landmark of the area. The stronghold dates back to the 12th century and spreads over 7.900 square feet. It is one of the earliest sandstone castles in North West England and is recognised as a Scheduled Ancient Monument. Carrbrook, SK15, hosts a famous Brass Band Contest annually on Whit Friday.

Stalybridge, SK15, is a town with a population of about 24.000 people which lies in the northern parts of Tameside. It is home to some of the best secondary schools in the county. The All Saints Catholic College is arguably the finest educational facility in the town. It was founded in 1962 and presently provide high quality secondary and sixth form education to boys and girls from the ages of 11 to 16. Other notable schools in Stalybridge are Copley Academy and West Hill School. The town is also the location of the Stamford Golf Club which lies in the district of Heyheads in the easternmost parts of Stalybridge.

The village of Mottram in Longdendale, SK14, is located in the easternmost parts of the borough and with its surrounding areas has a population of about 10.000. St. Michael and All Angels Church is the town’s most prominent site. The structure dates back to the late 15th century and is constructed in the Perpendicular Gothic Style. The interior of the church was remodeled during the mid-19th century. It is classified as a Grade II* building. The Mottram Old Hall is another local listed edifice. It was once occupied by the Hollingworth Family. 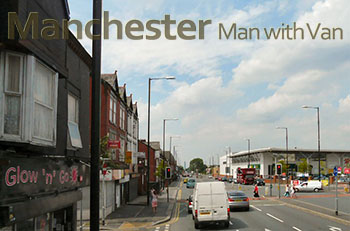 Hyde is a town in the southern parts of Tameside which has an estimate of 35.000 residents. It is the location of several top tier primary and secondary schools. Some of the most notable educational institutions in Hyde, SK14, are:

The area of Hattersley is one of Tameside’s smallest districts. It is mostly residential and very few commercial established are situated in the area. Throughout the years several notable people have lived in Hattersley, SK14. Among the most famed residents of the district are Ricky Hatton, Shayne Ward and Lisa Huo.

Oldham and six of its most interesting areas