Trafford – Explore a Few of Its Areas

When people around the world hear the name Manchester, they do not immediately think about the city.  The one thing that generally springs to mind is Manchester United Football Club – one of the most decorated and famous football clubs in the world. And of course, everyone knows about Old Trafford – the team’s home grounds. Thus the borough of Trafford enjoys a much higher popularity than other boroughs of Manchester as well.

Here we would like to point your attention to some of best places in these parts of Manchester, no matter whether you are looking for a place to live, work or study at. Let’s have a look at four key locations that are to be found throughout Trafford.

Altrincham WA14, WA15 is a relatively large town and a market centre of great prominence that has been around for centuries. 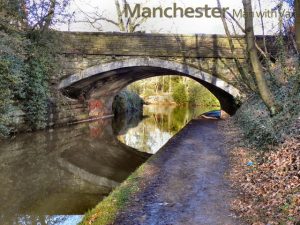 According to the last census, the population of Altrincham has been steadily rising in the past decades, and is now estimated to be 52 419. The history of Altrincham is closely connected to the country of Cheshire. The market town was established in 1290. Another important moment in the history of Altrincham came with the construction of the  Bridgewater Canal extension to the town in 1765. At the present moment Altrincham is a very substantial commuter town, with predominantly middle-class population. Manchester Storm, Altrincham Aces and Trafford Tornados account for the prominence of ice hockey as a favourite sport in the area.

One part of the Golden Triangle

There are many reasons why you are going to start looking for reliable man and van in Bowden to help you relocate to the area. The town is a very affluent development, and even though property prices here are generally much higher than most other parts of Manchester, it is well worth it. Bowden is part of the so called Cheshire Golden Triangle – leafy towns and villages in the county that include, apart from the place we are talking about here, Wilmslow, Mottram St. Andrew and Alderley Edge. The Golden Triangle is preferred by the likes of:

These are only a part of the notable people you will be sharing a place of residence with if you choose to live in Bowden or some of the other towns in the Cheshire Golden Triangle.

Another place of note 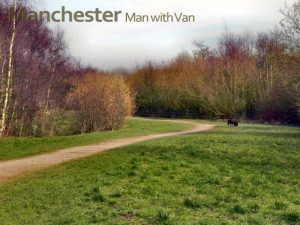 What the district of Davyhulme M41 is best known for is the fact that it is home to the Davyhulme Sewage Works, one of the largest wastewater treatment plants in Europe. The facility was opened in 1894 and is currently working for 1.2 million people from all over the city of Manchester. Another great thing about Davyhulme is the local Nature Reserve where you will have the chance to spend a really nice afternoon in. Davyhulme Millennium Nature Reserve is particularly popular with kids who love to ride bikes here, as well as dog walkers – so you might want to avoid it in case you are afraid of any of those. At the present moment the population of the town of Davyhulme is estimated to be 19 634.

One of the best areas to live in Trafford

Serviced by some pretty reliable man and van experts in Firswood, the M16 district has been continuously voted as being the most adequate residential areas for families with children. The suburban character of the area, the access to great schools and of course the comfortable transport links that are all present here make it such. We would like to particularly recommend the area around Darley Park, which is the oldest residential area in these parts of Trafford. The majority of the district was developed after the 1930s, which is why you will not find many old buildings in Firswood. That does not affect the comfort or beauty of the neighbourhood. The public gardens and the Quadrant public house make the road junction that goes by the The Quadrant on King’s Road one of the most recognisable parts of the district at the present moment.