Bury is Metropolitan Borough which lies in the northern parts of Greater Manchester. It is composed of six towns and according to the latest census has an estimate population of 188.000 and a density rate of 4.900 people per square mile. The borough spreads over an area of 38.40 square miles and was created during the mid-1970s. It is the location of numerous well-known schools, monuments, touristic sites, entertainment venues and some of Greater Manchester’s most popular districts.

The area of Fishpool, BL9, lies in the western parts of the borough. It began growing during the late 19th century and quickly got nicknamed ‘Piano Town’ as a large number of local households had a piano. Gigg Lane is perhaps the district’s most famous structure. The stadium dates back to 1885 and has always been the home ground of the Bury Football Club which currently plays in the third echelon of professional English football, League One. 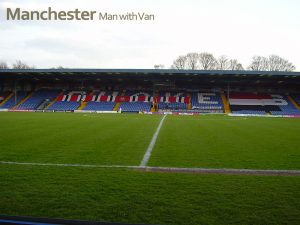 For brief periods of time, the venue was also used by the Swinton Lions Rugby League Football Club and the Football Club United of Manchester. The facility has a total capacity of 11.840 spectators and is classified as an all-seated stadium. St. Luke’s C of E Primary School is presently the only school in Fishpool. It sits on the same site where once stood the Fishpool Infants School. The district is linked to the other parts of Greater Manchester by a number of bus routes which pass through it on a regular basis. Moving to Fishpool is extremely easy as newcomers can used affordable and reliable man and van services in Fishpool.

Tottington, BL8, is a small town which is located in the northern parts of Bury. It has a population of about 10.000 and was incorporated within the boundaries of the borough in 1974. The area is home to a total of 24 listed edifices all of which have Grade II status. Tottington Hall and its gardens are beyond any doubt the town’s most prominent place of interest. The local library is housed in the building while the gardens have been converted into a public parkland. The Tottington High School is arguably the district’s best educational facility. It was founded in 1955 and has a student body of 1.100. It is classified as a community high school and coeducational institution. The town is served by direct bus services which connected it to the adjacent areas of Bolton, Bury, Rochdale and Ramsbottom. Local residents can benefit from a large selection of public services including removal services in Tottington. This means that people can easily relocate to the district as they can be assisted by experienced and fully equipped man and van contractors. 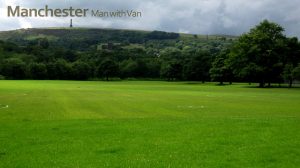 The town of Ramsbottom, BL0, is situated in the northernmost parts of the Borough of Bury at about 174 miles from the capital of England, London. It has a population of over 17.000 residents and is known throughout the county for its Victorian architecture and pennine landscape. The Peel Monument is considered to be the area’s main landmark. It sits on Holcombe Moor and commemorates Sir Robert Peel (British Prime Minister during the 19th century and founder of the modern British Police Force). The monument is 128 feet tall and offers to its visitors some of the fines vistas of the Bury and Greater Manchester. Nuttall Park is another well-known site. It is one of the largest open spaces in the borough and has numerous sport facilities such as tennis courts, football pitches and bowling lanes. It is also often used as a venue for festival, fairs and family events. Woodhey High School is the town’s most acclaimed educational facility. It was opened in 1979 and presently has about 1.000 pupils. Among its most notable graduates are:

Ramsbottom has its own heritage station which was established in 1846 and closed during the early 1970s. It was reopened in 1987 and since then has been part of the East Lancashire Railway network. The town is connected to the other parts of Greater Manchester via several bus routes which pass through it on a regular basis.

Trafford – Explore a Few of Its Areas