The corner of Princess St and Whitworth St, Manchester has been derelict for two decades so now there are big plans being drafted for extensive redevelopment of the disused site. The development company pushing on the proposal is Urban & Civic. Their project is quite extensive and will feature construction of two hundred and forty apartments, along with a hundred and sixty five room, five star hotel, as well as spacious retail shopping area & restaurants. Last but not least there will also be public-access, landscaped square to top it all off. 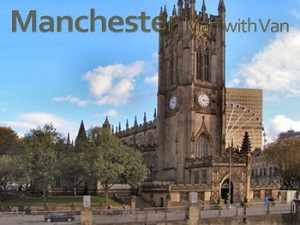 The derelict piece of land at the corner of Princess and Whitworth streets used to be known as the ‘Origin’ and happens to be nearby Manchester’s Gay Village. The industrial site was used for warehousing purposes, but the last warehouse closed down in nineteen ninety three, since then everything has been demolished and the site cleared of debris. The development company (Urban & Civic) bought the disused land in twenty fourteen with the intent to redevelop it through an extensive, vibrant new development featuring all the bells and whistles. The master plan for the project will be officially revealed to the public in September of twenty fifteen. The project intends to complement the area’s historic context and to reintegrate it with its surroundings (including with the Gay Village – which will be interesting to see). In two thousand seven, planning permission was given to the previous owner, who was looking to build four buildings surrounding a public space, all resting over a four level underground parking. Project never went ahead though. The new owners will develop the site for mixed use purposes, loosely adhering to the initial building and public space concept of o seven.

Developers truly hope that their mixed use redevelopment project will help rejuvenate and liven up this part of the city. The mixed nature of features aims to provide people with an eclectic environment in which to relax, shop, socialise etc. The landscaped square is expected to be one of the key public amenities of the entire project. Although some people might be enticed to secure their presence at the complex right away, hold your horses and don’t call the man and van removal people just yet as Urban & Civic are yet to be granted their permits.

More so, people have a choice of two new urban developments, just around the corner from each other. One of them being the Urban & Civic site, the other is the so called ‘Kampus’ urban development on the corner of Little David St and Aytoun St (near Piccadilly). The latter is expected to feature five hundred residential apartments, large leisure spaces, a number of hotels (or at least one for sure), artisan bars, independent restaurants etc. The ‘Kampus’ development is expected to be given the go ahead any day now.

For those who wish to get familiar with the planned redevelopment of the ‘Origin’ can do this on 11th & 12th of September, from 1.30PM to 7.30PM, and 10AM to 4PM respectively.