A quick research conducted in the pace (or lack of such) of Manchester road traffic has unsurprisingly (to most motorists) revealed that the city has the slowest road in the country, outside of London. The research and analysis of the worse moving Greater Manchester roads was based on official government data, and the results are far from encouraging. 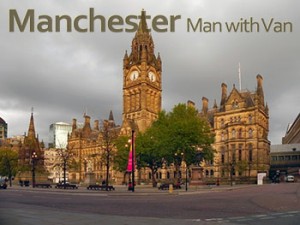 According to data for the month of July, the slowest moving road in the whole of Manchester was A6402 – Albert Square, in Manchester City Centre. Department of Transportation has provided figures showing that the average crawling speed in this small stretch of road was merely 7.1 miles per hours, or nerve grinding 11.4 km/h. You better plan another route for your man and van removal project, definitely! Apparently, the A6402 is the slowest road in England, outside of London, how about that!

The second worst performing road artery in Greater Manchester was the A5186 – Langworthy Rd, Salford, particularly in southbound direction. The ‘mind-numbing’ speed traffic along that stretch of road in peak hours was only 8.3 miles per hour, or the ridiculous 13.3 km/h.

A tat quicker than the previous road, is the A6402 – Trinity Way into Irwell St, running the northwest perimeter of Manchester city centre, the road moves at a sluggish pace of 8.6 miles per hour, or that would be the unbelievable 13.8 km/h.

The next slowest road in Greater Manchester is Melore Street in Rochdale, which is the A6060. The average rush hour speed of that particular stretch of road is precisely 9.6 mph, or the wholesome 15.4 km/h – perfect for some car window sightseeing.

It’s not all bad news though as Greater Manchester also has fast, well performing roads. For instance official data shows that the fastest moving road in the entire city is the A555 in southbound direction. In rush hour, the average speed on the A555 Eastern Link road is believe it or not fifty five and half miles an hour, or nearly ninety kilometres an hour!

According to National Department of Transport, traffic in the England is getting worse, literally by the year, which is directly bringing down the average driving speed of the nation as a whole. Indeed English roads are getting slower and more frustrating to drive on – the average, national driving speed, for the summer of 2014 was calculated at 24.4 mph (39.2km/h) and it fell to 23.8 mph (38.3 km/h).

For detailed information on which are Greater Manchester’s slowest and fastest road arteries, and during which time of day, hop online and check out Department of Transport’s official website, where there are raw figures and visually represented data.

The Big Hole in Mancunian Way