How Oasis Gained and Lost Their Immense Success

In 2009 one of Britain’s most emblematic rock bands ‘The Oasis’ disbanded. Many consider Liam Gallagher, Noel Gallagher, Paul “Bonehead” Arthurs, Paul “Guigsy” McGuigan, and the others that were once part of the group to be the finest musicians that the city of Manchester has ever produced. 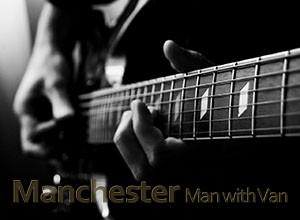 The band was formed in 1991 and originated from another band called ‘The Rain’ which had Chris Hutton as the main vocalist. However the band members weren’t satisfied with Hutton’s performances and he was soon replaced by Liam Gallagher, who suggested that the band name should be changed to ‘The Oasis’. Soon after Liam’s arrival, his brother Noel Gallagher joined the band and became the leading guitarist, while ‘Bonehead’ Arthurs took over the rhythm guitars.

At the beginning the band performed mainly in small Manchester clubs and spent their time and money recording their demo tape. In 1993, they were discovered by the co-founder of the Creation Records, Alan McGee. Their debut album ‘Definitely Maybe’ was released in 1994 and it quickly became a commercial success in both the United Kingdom and the United States of America. The album contained five singles all of which topped the music charts all over the world.

Despite their success the band experienced troublesome times ahead of them, as the Gallagher brothers started a media rivalry. The constant fighting between the siblings lead to changes in live concert dates, song lyric changes and even to the replacement of Tony McCarroll, one of the bands founding members and main drummer. McCarroll was substituted by Alan White with whom Oasis released their second album ` (What’s the Story) Morning Glory?’ in 1995.

Despite having mix reviews the album topped the UK charts. Songs such as ‘Don’t Look Back in Anger’, ‘Champagne Supernova’ and ‘Morning Glory’ quickly became fan favorites. The album also contained the song ‘Wonderwall’ which was released on the 30th of October, 1995. This particular song is considered by many musical experts to be the band’s finest and most emblematic work.

In 1996 the band went on a world tour which was highly successful but also accompanied with numerous riff raffs and dramas due to the increasing tension between the Gallagher brothers. After the conclusion of the tour, they released their third studio album ‘Be Here Now’ in 1997. Due to the band’s popularity the album quickly topped the British charts and became Britain’s quickest selling record to that point and hit number two on the US charts. However the album was later criticised its length and over-production. The band decided to keep a low profile due to the album’s failure.

In 1999, Paul Arthurs and Paul McGuigan left the band and were replaced by Gem Archer and Andy Bell. In 2000, Oasis released their fourth album ‘Standing on the Shoulder of Giants’. Just like their previous album, it quickly topped the UK charts but was once again heavily criticised.

If you like the band, know that you can attend at an Oasis tribute once your relocation to Manchester via man and van services is over. Don’t hesitate to use the assistance of a man and van company, as it will speed up your move.

These Are the Most Popular Tourist Attractions in Manchester