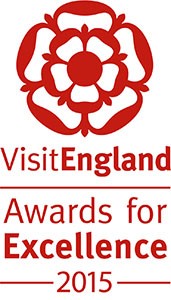 Most people associate the city of Manchester with its famous football teams, which is perfectly normal as the glory and glamour of high class football usually overshadows historic and cultural landmarks around the city. In an attempt to popularise Manchester’s iconic landmarks and places of interest, the VisitEngland awards have recognised many of the local sites as ‘hidden gems’.

VisitEngland awarded a number of the city’s best known attractions with a variety of recognitions, aiming to popularise them and make them genuine places of interest for the public. Sites eligible for the awards were all part of the Visitor Attractions Quality Scheme. Two of the sites which stood out and were respectively awarded were the Greater Manchester Police Museum, and Robinson’s Brewery in Stockport. The brewery was given the VisitEngland Gold Award, the police museum received the Hidden Gem Award. A number of other places of interest around the city were also awarded as part of the scheme.

Recognition was also given to Rochdale Pioneers Museum – it received the Hidden Gem Award too for work and effort toward celebrating and popularising the birthplace of the modern co-operative movement. Museum curator Jenny Mabbott says the award will be a great boost for the venue’s popularity and will definitely put the museum back on England’s tourist map. The museum was closed down for a while prior to twenty twelve as much of its infrastructure was due for redevelopment. The award should prove to be a great way to reach out to people and let them know this excellent place is up and running again.

Another important venue to receive the award was the Bury’s Fusilier Museum. The museum tells and keeps the three hundred year old history of soldiers in local and national regiments. This heritage site was given the Best Told Story Award, again as part of the VisitEngland scheme. The Fusilier Museum is definitely a site which has withstood the tests of time – receiving a total of eighty one awards and recognitions since its official opening in nineteen thirty four.

Other recognitions given to venues around the city included Welcome Accolade, Quality Café and Gold Award. Many of the sites in and around Greater Manchester have secured awards which as per local authorities means the region is recognised as one of the tourist hot-spots in the country. A city’s attractions are its greatest assets which is an excellent platform for capitalising and popularising. Manchester authorities want to increase the city’s appeal to both local and foreign visitors and the VisitEngland awards are the stepping stones to make it happen.

Greater Manchester aims to provide visitors and tourists with a variety of world class attractions and places of interest, from museums and galleries to exceptional quality food and beverage experiences. It is when innovation and creativity are incorporated in traditional sightseeing that gives the city’s well deserved popularity. Of course, Greater Manchester has much more to offer its visitors – tourists can find a full list of local places of interest online in the city’s official website.

The Weirdest Weather in the UK – Facts and Figures for 2014