South Korea is a small East Asian country that covers an area of 100.000 square kilometer. While it is not as popular as its neighbours of China and Japan it is still a wonderful place which you will certainly want to visit or relocate to if you knew more about it. Here are several interesting facts about South Korea while will undoubted impress you and perhaps blow your mind.

South Koreans are obsessed with cosmetics: 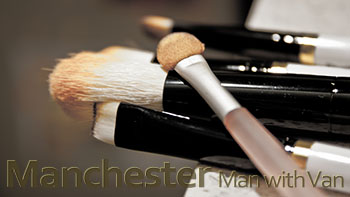 Men in South Korea are considered to be the world’s top consumers of skincare and cosmetics products. They spend immense amounts of money and make-up, so that they can enhance their appearance and therefore look more attractive.

Given the fact that South Korean men are the highest consumers of cosmetics in the world it shouldn’t come as a surprise that the country ranks in first place when it comes to plastic surgery interventions. Studies show that approximately 350.000 procedures are executed per year. This means that 80 out of every 10.000 people (regardless of age and gender) have been subjected to plastic surgery.

South Korea is one of the world’s most densely populated country with a ratio of 503 people per square kilometer. It is also classified as a highly urbanised state as 92% of the country’s territory has been developed into either residential or industrial areas. Despite its high rate of urbanisation, South Korea is home to several mind blowing natural sites including the world famous Jeju Island which is identified by UNESCO as a World Heritage Site.

South Korea has an excellent public transportation network which comprises of buses, trains and taxis. The latter have a colour code system which allow potential passengers to know in advance the level of experience and the quality of service that the cab company and therefore driver offer. Gray and white taxis are common automobiles which are driven by inexperienced drivers while black cabs are luxurious vehicles with seasoned professional drivers. 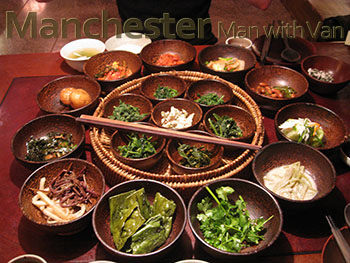 Korean cuisine is mainly based on tofu, vegetables, fish, meat, rice and noodles. Traditional Korean delicacies are always accompanied with a number of side dishes. The local cuisine is also known for its heavy seasoning with various products such as sesame oil, ginger, garlic, salt, hot pepper paste known as gochujang, fermented soybean paste known as doenjang and more. The country is also severely criticised for its usage of dog meat, a tradition which has been part of the Korean gastronomic culture for over two millennia. However, nowadays more and more South Koreans are refusing to purchase or eat canine meat, a tendency which will most likely put an end to the consumption of dog meat.

Since the beginning of the 21st century more and more Europeans, Australians and North Americans are moving to South Korea. It is like this because the country offers good careers opportunity especially in the field of communications and technology. The moving process to the county is drastically facilitate by the fact that cities lies Seoul, Busan, Incheon, Daegu and more, just like London and Manchester are served by an abundance of licensed and affordable man and van companies which provide high quality moving services.

Seoul is the capital of South Korea. The city comprises of 25 districts and has an estimate population of over 25 million people, metropolitan area included. It is one of the oldest continuously inhabited cities in Asia as it was founded in 18 BC. This makes Seoul the world’s 15th largest city and the 4th largest metropolitan area. It also one of the most visited cities on the planet (currently ranks at 9th place) as it is the location of numerous well-known landmarks such as:

South Korea is famous for being one of the safest and most peaceful countries in the world and this is despite the fact that its share a common border with North Korea. Many experts that this is due to the very strict gun control policy that the local authorities exercise. Suicide however is a serious issue as according to the World Health Organisation, South Korean has the second highest suicide rate on the planet.

South Koreans suffer from several mass phobias such as:

Unlike Westerns, South Korean don’t believe in astrology and zodiac signs. However, they are convinced that a person’s personality is more or less determined by their blood type and therefore take hematology (study of blood) very seriously.

Things to have at home