The North England city of Newcastle 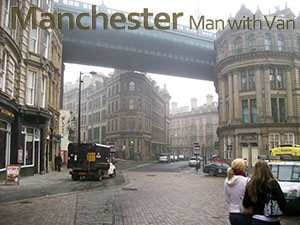 The city of Newcastle upon Tyne is located in the north eastern parts of England and despite the cold weather and frequent rain it is one of the England’s most visited cities. The city is more commonly known as Newcastle and is situated on the north western bank of the River Tyen’s estuary in close proximity to the North Sea. Newcastle is the most populous city in north eastern England and the 7th most populous city in the United Kingdom with an estimate population of 900,000 people (1,650,000 people including metropolitan area).

The city was founded during the 2nd century and was part of Northumberland until the 15th century when it became a county of itself. It was in the late years of the 19th century that Newcastle was granted the status of a city. Since 1974 the city has been part of the Tyne and Wear Metropolitan County.

Today Newcastle is home to several high profile landmarks such as the Gateshead Millennium Bridge which is arguably the most prolific structure within the city. The bridge was de facto operational in 2001, although officially opened by the local authorities in 2002. Gateshead Millennium Bridge is 126 meters long and 8 meters wide. The bridge is located in an area known as the Newcastle Quayside which is perhaps the most famed part of the city. The Quayside lies on the banks of the Tyne River and is an area that houses some of Newcastle’s finest public houses, bars, restaurants and night clubs.

The Theatre Royal is another highly visited and well known landmark of the city. The theatre was opened in 1837 and was rebuilt in 1901 by theatrical architect Frank Matcham. The building has houses the theatre is listed as a Grade I edifice while the current capacity of the theatre is 1294 seats which are spread on four levels.

Aside of being a popular tourist destination, the city of Newcastle is also a highly desirable city in terms of permanent residence. Every year thousands of people move from smaller towns and foreign countries to Newcastle. So if you are considering a relocation you should consider this city as a good option for change of scenery. You won’t have any hard time moving here because there are numerous moving companies that provide man and van services to or from Newcastle. Aside of being the home of numerous man and van companies, the city is also home to many primary and secondary schools, some of which are amongst the finest in the United Kingdom.

On the other hand if you are planning a vacation somewhere in England, you should definitely try to include Newcastle into your traveling plans as it is a city well worth seeing.

The Deals You Can Get by Renting a Storage Unit