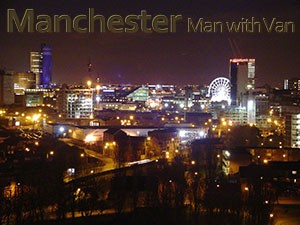 For those who aren’t familiar with Trip Advisor – it is a review website providing users with unbiased, accurate reviews and opinions about different restaurants (and other venues) in different cities. One of the recent events to have been initiated by the site was to award eleven of Manchester’s best restaurant in recognition of their service, quality and style. The selection and awards are based on the customer reviews received by each restaurant during the past year. The restaurants which have received consistently good customer and critic reviews are the top ranking ones. Although customer reviews are somewhat mixed at times, the judges have followed closely which are Manchester’s best performers and have awarded the Certificate of Excellence to the establishments that truly deserve it. The city centre restaurants which have received the recognition aren’t necessarily the most popular eateries listed on the website, but rather the establishments which have the highest number of positive reviews throughout the year.

According to most establishment owners and managers, customer reviews are a direct feedback and link to customers, showing how well the restaurant is actually doing. Some of the awarded restaurants have been around for fifteen or so years and receiving that positive feedback means they are still getting things right and still able to provide customers with a genuinely good experience. For restaurants which have received the Certificate of Excellence, it is more than just a way to keep the place on the map so to speak, but an actual recognition (and affirmation) of their efforts to provide the best possible food, wine and service. Positive reviews on Trip Advisor are very important, not just because they show pleased customers, but also because many of these city centre restaurants are aiming to provide a truly personalised service – something relatively new in the restaurant business. Creative menus, innovative ways to present dishes to patrons and a touch of uniqueness are some of the ingredients to this success recipe. So without further ado, here are some of the top ranking Manchester restaurants that received Trip Advisor’s Certificate of Excellence:

The French – At the Midland Hotel. The restaurant changed ownership in twenty thirteen, with current owners aiming to restore the place to its former glory in order to chase down that elusive Michelin star. The place seems to be doing quite well to say the least with guests having to wait anywhere up to two months to book a table on a Saturday night.

The Lime Tree – this family owned and run restaurant has been in business for twenty eight years. The place has a policy of using local produce and makes their own unique kind of pasta and bread. The restaurant is still one of Manchester’s favourite places mainly because of its unfussy approach toward fine dining.

Velvet – this two venue establishment has been attracting guests from near and far, partly because of its prestigious locations in Manchester’s city centre. The menu is diverse and convenient, breakfast and soup are served throughout the day, along with a variety of traditional British dishes.

Make sure that you move houses in an environmentally responsible way