A Northern Quarter Landmark Coming Back to Life 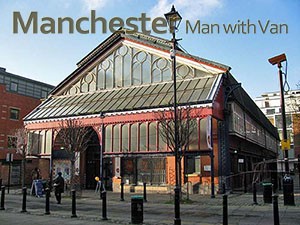 The Mackie Taylor is the only surviving building of the former Smithfield Market in Manchester. The building itself is an imposing Grade II listed structure on Swan St. It is in need of restoration as age is catching up to it, the people who will be undergoing the job are Muse Developments. Renovation of The Mackie Taylor is financed by a budget boost of Northern Quarter business. Local industry is performing well, thus the extra financial backing it has secured. Other upcoming projects include an eight floor tech industry incubator which will be built in Federation Square, that project is expected to cost four million pounds.

The venue was opened in eighteen fifty eight, originally Mackie Taylor was solely a meat market, however later on its purpose diversified and the building also housed a fish and fresh produce market. The building however has been empty and disused since the early nineties. Muse Developments have stated that renovating the Mackie Taylor had always been a part of the Smithfield Market redevelopment scheme, it was just a matter of time before getting to this stage of project. The Smithfield Regeneration Project has turned out to be an elaborate jigsaw but the results will be well worth it say Muse Developments. The Mackie Taylor will be the finishing touch – builders say the entire structure will be brought to its former glory. Restoration of historic buildings is never easy, not so much from a construction point of view (as nowadays building technology is well advanced) but because the unique character and appeal of the building should not be lost through modernisation. Muse Developments promise to turn the blank canvas into the grand piece of architecture it once was.

This excellent Northern Quarter location is sure to appeal to investors, business makers and residents as once renovated, the Mackie Taylor will be a unique address in every sense of the word. Historic significance and architectural grandeur of the building are expected to attract a lot of interest. Restoration has been approved and works are set to go ahead. Manchester City Council is also participating alongside main developers Muse. The main tasks are to make the building wind and watertight. Certain sections of the roof structure will be replaced with new ones, windows throughout the building will also be replaced. The interior is expected to be remodelled as well. Once the first stage of the renovation project is complete, Muse Developments will begin offering the property to potential occupiers. The Mackie Taylor will be renovated for commercial, retail and leisure purposes.

If everything goes ahead as planned, work on The Mackie Taylor is set to start at the end of March and to continue until the end of September. So far, the Smithfield Regeneration Scheme initiated and carried out by Muse Developments has been a huge success.

Business owners based in Northern Quarter who want their van delivery or small removal requirements handled professionally should consider using one of the many good man and van delivery companies operating in the area.

The Pros and Cons of Living in Spain

Salford Landmarks Due for Redevelopment