British People Living Overseas – Why and How Many?

Many British nationals have thought at least once of moving to another country, perhaps not for good but for a longer period of time for sure. In the last couple of years, the UK’s economy has livened up somewhat, and things aren’t looking as bleak as they were however many British people are still looking for another place to call home, away from the UK. 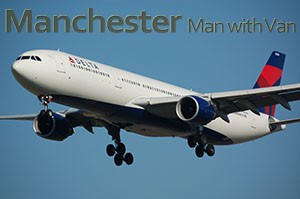 A couple of years back, The Home Office published a statistical report on how many British citizens left the UK and for what reason. Figures showed that at least hundred and fifty thousand Brits were aiming to leave the UK and spend at least one year in another country. Most of the people leaving the UK were of working age, and the majority of them were leaving in order to take up a position they were offered, or to look for work overseas altogether.

The International Passenger Survey (IPS) which keeps track of the numbers of people leaving the UK, and the reasons for doing it also released their own report on the matter, showing that during the two years of compiling the report, about fifty thousand British people per year, were leaving to work overseas with their position already secured. Over the same period, about thirty thousand people left the UK in search of employment abroad, without having anything specific in mind.

Small percentages of UK nationals were also leaving to be with family overseas, to study or to retire in another country. IPS informs though that they keep track of people leaving the UK for a definite more than twelve months, but figures do not include those who choose to spend half a year home, and another half a year abroad – this must also be considered before drawing any definite conclusions.

Although these figures are substantial, it is not all bad news. IPS and Home Office say the number of Brits moving away has decreased since the start of the twenty first century. In the first couple of years of the new millennium, there were more than two hundred thousand British nationals leaving the UK. So far the peak number has been two hundred and six thousand people, in two thousand six. In contrast, for twenty ten, the number of people left was only hundred and thirty six thousand.

The top destinations, preferred by British people moving out of the UK, have not changed for more than twenty years now. Australia has and still is the most preferred place for British nationals living outside the UK. In the period 1991 – 1992, forty eight thousand UK nationals moved to Australia for good. In the period 2009 – 2010, the number has reached sixty five thousand people. Which is a clear indication that UK expats prefer Australia over any other destination. In the early years of the twenty first century, the US was outplaced by Spain, but in recent years, British nationals have reorientated their preferences back to the US, making it perhaps the second most popular place to immigrate for UK nationals.

6 of the Finest Brands of British Ale