How Big Are Some Animals?

People rarely realise how large some animals are and this is why we have decided to list down several animals that are bigger than you think.

Great white shark – Also known as white pointer or great white, this specie of shark is the largest known to mankind and is amongst the apex marine predators. Males can reach a length of 6.4 metres but there have been reports of great white sharks measuring up to 8 metres which is twice the height of a semi-truck. Full grown males can also weight over 3 tonnes. Despite their immense size, great whites can reach a speed of 56 kilometres per hours which makes them incredibly agile and dangerous to almost all marine life. 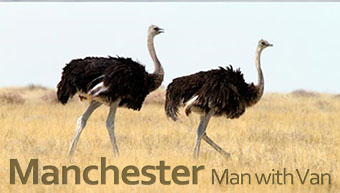 Ostrich – One of the fastest animals on Earth (70 kilometers per hour) the ostrich is also one of the largest with an average height that ranges from 2.1 to 2.8 metres for males and 1.7 to 2 metres for females. They are known for their long legs which allow them to cover a distance between 3 to 5 metres in one single stride. Just like hippos, they are found on the African continent. If you are interesting into seeing an ostrich with your own eyes then you should go to the zoo, as soon as your domestic or commercial removal is over.

Blue whale – The blue whale is presently the largest animal in the world with an average length of 30 metres which makes it two times and a half the size of a transit bus. It also weights an estimate of 180 tonnes which makes it the heaviest animal to have ever lived, dinosaurs included. Blue whales are an endangered species and according to numerous studies there are somewhere between 5.000 and 12.000 on the planet. This is mainly due to whaling. 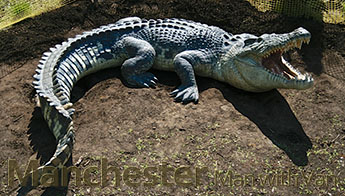 Saltwater crocodile – The world’s large living crocodile weight approximately 500 kilograms and can reach a length of 5 metres which the average length of a luxury limousine. Due to their dimensions they are classified as an apex predator in their natural habitat and are described as the most dangerous reptile to humans.

Hippopotamus – Hippos are the third largest land mammal on the planet and are credited to be the most deadly animal in the world. They inhabit the Central and South Africa and are classified as threatened species. Males can reach a length of 5 metres while females are about 3.3 metres long. Males are also heavier with an average weight of 1.5 tonnes against 1.3 tonnes for females. However, zoologists have recorded throughout the years Hippopotamuses that weight over 3 tonnes. An amazing fact about hippos is that regardless of their heavy body and short legs, they can reach speeds of 30 kilometres per hour. Just like ostriches, hippopotamuses can be seen in the London Zoo, just make sure that you arrange the details with the removal company before you head to the zoo.

Why Are Couriers Popular?

Bars that you want to visit at least once