The Metropolitan Borough of Stockport is the southernmost area of the county of Greater Manchester. It was established in 1974 and covers an area of approximately 49 square miles. The latest statistics show that the borough has an estimate population of 287.000 people and density rate of 5.770 people per square mile. 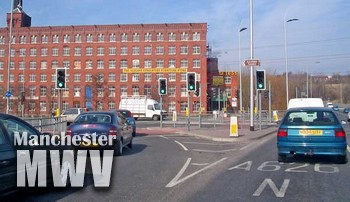 The Borough of Stockport is comprised of several districts and one of them is Reddish. The area lies in the northern parts of the borough and has a population of approximately 28.000 people. St. Elisabeth’s Church is considered to be the main landmark of the district as it is the only Grade I building in Reddish. It was designed by British architect Alfred Waterhouse and opened in 1883. Houldsworth Mill is another well-known local landmark. Also known as Reddish Mill it was established in 1865 and commissioned by Henry Houldsworth. Other prominent places of interest in the area are:

Heaton Norris is another focal district within the borough. The area is much smaller than the aforementioned district of Reddish and ultimately has a much smaller population. Heaton Norris also doesn’t have any major landmarks, which makes it one of the calmest and quietest residential areas within the Borough of Stockport. Perhaps the most noticeable site of the district is the section of the Stockport Viaduct that passes through it.

The suburb of Bramhall lies in the southernmost parts of the borough and is often described as one of the greenest areas in Greater Manchester.  It has a population of about 25.000 people and due to its small size has been credited as the least lonely place in the United Kingdom. The eponymous Bramhall Hall is undoubtedly the most celebrated landmark of the district. The structure is a Tudor manor house which dates back to the 14th century. Many architectural experts described as one of the finest examples of timber-framed buildings in Britain. During the 16th and 19th centuries the house was the subject of renovations projects. Today, it serves the purpose of a museum and is a highly visited site in the county. It is encircled with lush green lands, gardens and woodlands and lakes that cover an area of 70 acres and which are opened to the public all year long. The district is connected to the other parts of the borough by the Bramhall Railway Station. The transportation hub was opened in 1845 and since then has always served the Stafford-Manchester Line. According to the latest numbers the station is being used by almost 300.000 passengers on an annual basis.

Heaton Chapel is an area that lies in the northernmost parts of Stockport. It is borders by the areas of Heaton Moor from the west, Heaton Mersey from the south, Reddish and Heaton Norris from the east and the Manchester-based district of Levenshulme from the north. The district is classified as residential suburb and is known throughout the county for its early 20th century houses. The area was the birthplace of British captain Sir John Alcock, who along with Arthur Whitten Brown made the first non-stop transatlantic flight in 1919. 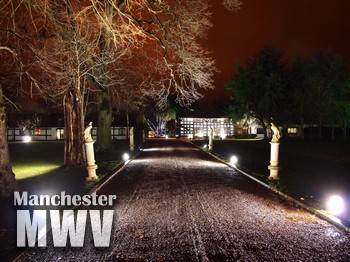 The district of Davenport has a population of approximately 15.000 people and is known for being the location of the popular Cale Green Park. The open space is one of the finest in the borough and offers an abundance of activities to its visitors as its main features are a tennis court, basketball court, bowling green and children’s playground. The area is also home to the world famous and legendary Stockport Lacrosse Club which was founded in 1876 and is presently the oldest lacrosse club on the globe.

Bredbury is a suburban town that lies in the northeastern parts of the Borough of Stockport at about two miles from the city of Manchester. It has a population of 13.500 people and just like Bramhall is credited as a green residential area. Bredbury is home to several well-known touristy attractions such as Goyt Hall. 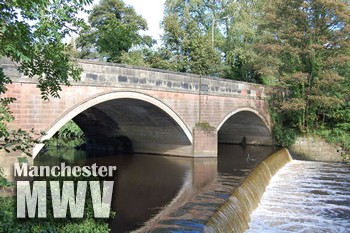 The structure is situated in the valley of the eponymous Gyot River, halfway between New Bridge and Otterspool Bridge. The edifice was built by Randal Davenport during the second half of the 16th century and is recognised as a half-timbered building by construction experts. Harrytown Hall which dates back to 1671 is another popular local landmark. At one point in time it was occupied by the Convent of the Nativity of the Sisters of Charity of North Dame d`Évron. During the 1980s, it was converted into a residential block. Arden Hall however is beyond any doubt the most famous structure of the district. It was constructed in 1597 and for over 200 years was owned by the Ardernes. Today, despite its ruinous state it is still one of the most visited places of interest in the Metropolitan County of Greater Manchester.

The area of Heaton Mersey is home to one of the borough’s finest educational facilities, the Saint Winifred’s RC Primary School which gained international prominence with its choir and chart hits during the 1980s. Stella Maris School is another well-known education institution that is based in Heaton Mersey. It was founded in1976 and is classified as a co-educational primary school that provides education to pupils from the ages of three to eleven. The district is mainly inhabited by commuters and from 1880 to 1961 they were served by the Heaton Mersey Railway Station. Today, they must use the East Didsbury Metrolink Station to reach the other areas of the borough. 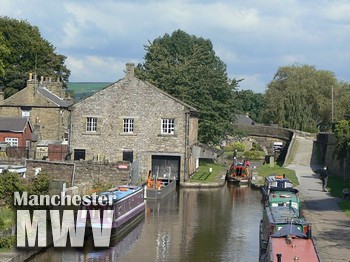 The small town of Marple lies in the southeastern areas of Stockport and has a population of approximately 24.000 people. The city of Manchester which is the main settlement of the county is located at precisely nine miles from the district. The remains of Marple Hall is perhaps the most known and visited landmark of the town. The structure was once the ancestral home of Bradshaw and Isherwood families. It was destroyed in 1959.