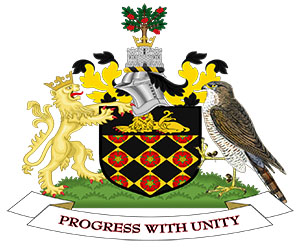 he modern county of Manchester was formed as late as the mid nineteen seventies, however its constituting parts were in existence long before the administrative changes and eventual incorporation of Greater Manchester. One of the oldest settlements to have formed Manchester is Wigan. Originally it was a small medieval town which grew to be the largest of the boroughs. The principle town of the borough – Wigan, is known to have been inhabited as early as the Iron Age, with clear archaeological evidence of Celtic activity in the area. The original town of Wigan is situated on the banks of the River Douglas and still is the largest settlement and administrative quarters of the modern Metropolitan Borough of Wigan. The town itself has a population of about ninety seven thousand people, with the Metropolitan Borough, being home to about three hundred and twenty thousand people in total.

The Metropolitan Borough of Wigan, the ninth largest such division in England, comprises mainly of the towns and villages in Leigh, but it also includes various other settlements like Tyldesley, Golborne, Atherton, Hindley etc. Officially, the Metropolitan Borough of Wigan was formed in nineteen seventy four, by incorporation of several former administrative districts, including Shevington, Leigh and others. The borough was created in one of the most industrially important regions of Greater Manchester – the Lancashire Coalfields, historically it was also home to strong and well developed textile industry. There was some division as to what the new borough was to be named, at first there were two options Wigan-Leigh or Makerfield. None were found to be acceptable though, and were scrapped in favour of Wigan – the same name as the new borough’s principle town. Nowadays, the Borough of Wigan also includes Bryn and Hindsford. 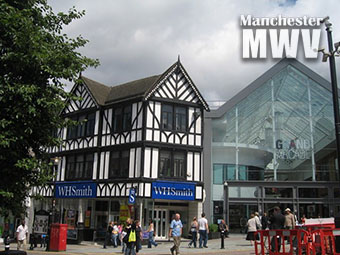 With a surface area of about two hundred square kilometres, Wigan is the ninth largest metropolitan borough out of seventy seven such admin divisions in the whole of England. Being the north most borough of Greater Manchester, Wigan shares a border with the Merseyside borough of St Helens. Wigan is a landlocked borough. Nature is an important asset for the borough, despite its heavily industrialised past. At the moment, there are seven designated nature reserves across Wigan. They are Wigan Flashes, Greenslate Water Meadows, Low Hall, Borsdane Wood, Kirkless, Pennington Flash and Three Sisters. In terms of population, the borough of Wigan has not seen any significant change in population numbers. Local resident numbers have remained relatively unchanged since the nineteen seventies. Though, it must be noted that the figures are combined and derived from all towns and villages across the borough. Official population records have been kept since the start of the nineteenth century.  Sitting at about three hundred thousand population right now, Wigan is the second most populous borough of Greater Manchester (second to Manchester itself). Wigan has currently still have one of the lowest ethnic minority populations in England. Employment wise, Wigan lines up somewhere in the middle, with unemployment rate being close to the average of that for England and Wales.

Perhaps most historically important part of the modern Metropolitan Borough is its principle town – Wigan. In a nutshell, Wigan has a rich and colourful history, buried under a relatively brief period of intense but grimy industrialisation, focusing mainly on cotton weaving and coal mining. Local history indicates that Wigan was quite a pleasant town for the medieval period. It was of notable regional importance and happened to be one of the four ancient counties of Lancashire. In the sixteenth century, Wigan became popular as the local spa town of choice. People came to ‘take the waters’ as the saying was. Soon after though, the Industrial Revolution realised a different kind of potential in and around town. The rich coal seams and the mighty waters of the River Douglas made Wigan a prime location for development of industry. Although town prosperity rose, it did come at a high social and ecological cost.

First began appearing crowded housing estates, the Burgess Fields of Wigan were now turned into hives of human dwelling, in an attempt to accommodate the many newcomers, whose influx had been brought by the prospect of wealth and prosperity – one of the promises of the Industrial Revolution. Much of the banks of the River Douglas were lost to extensive coal industry estates, and covered in mines, railways systems and large coal heaps. Mills and factories were popping up like mushrooms on either side of the river. Flora and fauna in the area was struggling and dying off from the intense pollution, and use of coal to create steam for the needs of industry. 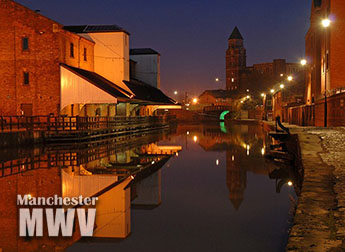 This process of reckless destruction was eventually curbed and now Wigan is once again green. At the moment, about seventy percent of the Wigan Borough is open land. The vast mining enterprises are gone, and in their place are many pristine nature reserves. Many of the railway lines which were the blood lines of industry back then have been converted to nature walks and paths, once again serving the local community though for a recreational purpose. Even the large open spaces seemingly destroyed and made barren by the mining industry have recovered and become the Wigan Flashes – vast flooded areas, essential to local wildlife. Pennington Flash for instance is one of the most important regional sites for wild birds. Nowadays, the borough features four Sites of Special Scientific Interest.

The industrial past which put Wigan town on the map is not forgotten though. Wigan Pier and a number of preserved industrial estates remain and serve museum-like purposes for locals and visitors. Trencherfield Mill at Wigan Pier is one of those sites, part of the Industrial Heritage Complex, it even features a proper working steam engine along with a variety of textile manufacturing machinery. It is also the home of the impressive Robert Opie Collection Museum Colleciton. People looking to learn more about the history and former industry of Wigan should definitely visit the gallery and museum known as The History Shop on Rodney Street.

Four Little Known European Tourist Destinations That Are Worth a Visit