Inventors who we owe gratitude for simplifying our lives

There are many items which we take for granted without ever thinking about the person who has invented them in order to make our lives easier.

The modern air conditioning unit was invented by American engineer Willis Carrier. He also established Carrier Technologies in 1915, a company which still functions and manufactures AC units to this day. So, the next time you are able to escape from the heat or cold by adjusting the temperature of your household or office, think about Willis Carrier as you owe this comfort to him. 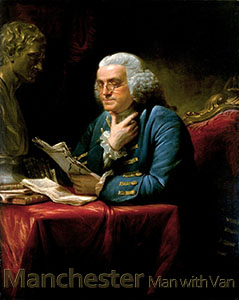 Polymath Benjamin Franklin has invented numerous items which we use today, some of his most notable discoveries are:

He is also one of the Founding Fathers of the United States and one of the members of the Committee of Five that wrote the Declaration of Independence.

Cornetist Buddy Bolden didn’t invent an object but a musical style. The African-American musician is credited for being the father of jazz. In 1895, he combined gospel, blues and musical improvisation into a new and loud sound. His style quickly grew in popularity and today is at the base of many modern-day musical styles such as hip hop, funk, rock, R&B and many more.

If you like colour television than you must give your gratitude to Scottish engineer John Logie Baird. He is one of the inventors who are credited for the discovery of the mechanical televisions (introduced for the first time in 1926). Soon after, Baird began working on a technology that will convert the picture from black and white to colour. He presented the first coloured television unit in 1938. 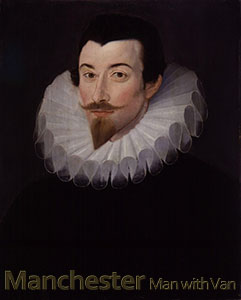 Sir John Harrington is a British courtier, author and scientist who is famed for inventing the flushing toilet during the late 16th century. This invention was met with immense skepticism at first but throughout the years people started realising that a flushing toilet can be quite helpful. Thank you, Sir Harrington for simplifying our lives.

Percy Spencer is the man who invented the microwave. He discovered that microwaves can be used for heating food while developing microwave radar transmitters during World War II as he realised that the candy which he kept in his pocket kept melting while he was at work. Spencer used this knowledge to create the first microwave oven in 1945, quite astonishing given the fact that he had never finished grammar school.

The Wright brothers made the world much smaller by creating the first airplane. Before the invention of the aircraft it took people days and weeks to get from one place to another. Today, thanks to airplanes you can go from London to Tokyo in approximately twelve hours. So, the next time you are complaining about the duration of your flight, take the time to think how long it would have taken you to reach your final destination by coach or worse on foot.

Scottish biologist, botanist and pharmacologist Alexander Fleming made one of the most important discoveries in human history, penicillin. His invention allowed physicians to cure numerous illnesses. In 1945, Fleming received the Noble Prize in Physiology or Medicine, and award which he shared with Ernst Boris Chain and Howard Florey. You can learn more about Sir Alexander Fleming by visiting his museum in the English capital, during a trip, once your relocation is over with the assistance of licensed man and van services in Bramhall.

Coffee lovers must thank Attilio Calimani for the invention of the French Press during the late 1920s. The coffee maker is known throughout the world for its simplicity and portability. It also permits people to brew delicious and tasty coffee in less than four minutes. It shouldn’t shock you that this items was created by an Italian, after all Italians are known for their adoration of coffee.

While most historians credit French pharmacist Eugene Schueller (founder of the L`Oreal Company in 1909) for the creation of sunscreen, some claim that the skin shielding oil was invented by Australian chemist Milton Blake. Regardless who was first, sunburn cream was discovered during the 1930s and since then has saved many lives by reducing the risk of skin cancer. 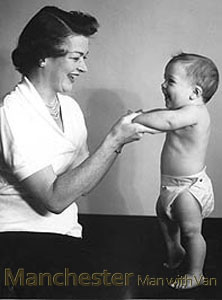 Marion Donovan is an American inventor who created the first disposable diapers during the early 1950s. However, investors didn’t believe that her invention had any future and even deemed it as impractical. Donovan had to wait for more than a decade before a company decided to give her a chance and in 1961 the Pampers were finally mass produced and made available to people. This ended the unpleasant duty of having to wash soiled and dirty diapers.

Many consider Nikola Tesla to be the greatest inventor in human history. During his life, the Serbian engineer made an abundance of discoveries which are used to this days. Among his most famous inventions are the Tesla coil, X-rays, radio, the remote control, the laser, the electric motor, alternation current, wireless communications and more. In fact, some historians claim that renowned American inventor Thomas Edison stole numerous inventions from Tesla and credited them as his own.

German blacksmith Johannes Gutenberg changed the world by inventing the printing press during the mid-15th century. It was his discovery that allowed people to rapidly and easily mass produce books and newspapers which ultimately elevated literacy rates in Europe and gave the opportunity to more and more people to learn to read and write. The Gutenberg Press is considered by many to be one of the most important inventions in the history of mankind.

How to help your cat adjust after a move

Beach Or Pool: How To Relax After The Removal