Major European Cities and Their Most Famous Landmarks

Every major European city has a distinguishable monument with which it is known all over the world. In today’s article we will turn your attention towards some of the largest cities on the continent and their most famous landmarks. 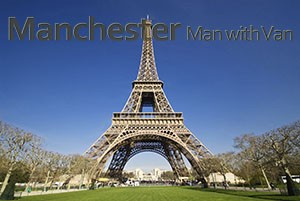 Paris and the Eiffel Tower – The tower is beyond any doubt the most iconic structure of Paris. Although it is not the favorite edifice of most Parisians and French, the Eiffel Tower has literally become synonymous with France. After all it is not a coincidence that the tower is the world’s most visited paid monument. It is named after its creator Gustave Eiffel and dates back to 1889. With a height of 324 meters, the tower is the tallest structure in the French capital and was the tallest tower in the world until the 1930s.

Moscow and Saint Basil’s Cathedral – One of the most famous cathedral on the planet, Saint Basil’s Cathedral is located on the Red Square which is another Moscow based world famous landmark. The construction of the cathedral stared in 1555 and ended six years later in 1561. The edifice was built under the order of Ivan the Terrible and is presently one of the many sites in Russia that are recognized by UNESCO as a World Heritage Site.

Athens and the Acropolis – This ancient citadel has been the symbol of Athens and Greece of millennia. The Acropolis lies on a high rocky outcrop and overshadows the Greek capital. The building was built by Pericles during the 5th century B.C and is currently one of the most famous ancient structures in the world. Many consider the citadel to be as important as the Pyramids in Egypt and the Colosseum in Italy.

Istanbul and Hagia Sophia – A former Greek Orthodox patriarchal basilica, today Hagia Sophia is Istanbul’s most renowned and visited monuments. The edifice was built during the 6th century and since its completion has been the subject of several conversions in terms of purpose. From the early to the late 13th century, the building was used as a Roman Catholic basilica, while from the late 13th to the mid-15th century the basically regained its status of an Orthodox church. From the mid-15th century to the 1930s the edifice served as an Imperial Mosque. Today Hagia Sophia serves the purpose of a museum.

London and Big Ben – Situated in the capital of the United Kingdom, Big Ben unlike what most people think isn’t the clocktower but the main bell of the tower. The clocktower’s official name is Elizabeth Tower and was completed in 1858. The tower is the third tallest free-standing clocktower in the world and has the largest four face chiming clock on the planet. So make sure that you take your family to see London’s most iconic structure as soon as your man and van project is completed in full. You can speed-up your relocation by hiring a moving company and benefiting from its professional man and van services.

Prague and Prague Castle – When it comes to the Czech capital, no other building comes to mind than Prague Castle. It is the official residence of the Czech Republic’s President and is considered by many to be the most beautiful castle in Europe.

6 of the Finest Brands of British Ale