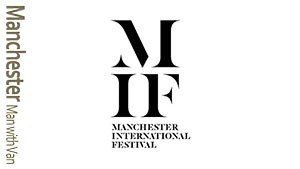 The Manchester International Festival shortly known as MIF is a biennial international arts festival. The festival focuses on original and new works of art and aims to introduce to the world new artists. MIF has been active for a total of seven years and was originally held between the end of June and the beginning of July. Today the festival is held somewhere during the first two weeks of July. The next Manchester International Festival will be held from the 2nd of July to the 19th of July, 2015.

The 2007 MIF also showcased two other events: “Il Tempo del Postino” a visual arts show curated by Philippe Parreno and Hans Ulrich Obrist and “The Pianist” which combined the works of Wladyslaw Szpilman and the music of Frederic Chopin. The latter event was held at the Museum of Science and Industry while the former event was performed at the Manchester Opera House.

In 2011 was held the third Manchester International Festival. The festival showcased a total of 27 original productions which featured prominent artists and performers such as Damon Albarn, Snoop Dogg, Bjork, Air Cav, Victoria Wood, Marina Abramovic and many, many more. The focal showpiece of the festival was “The Crash of the Elysium” which was created by Punchdrunk. The showpiece follows Doctor Who, who is investigation the unexplainable disappearance of the Victorian steamer, Elysium.

The latest MIF was held from the 4th of July to the 21st of July, 2013. The festival attracted an estimate of 250.000 visitors and generated a total of £40 million for the city of Manchester. The 18-day festival presented to its visitors over 300 performances and numerous special events which were created by artists such as Tino Sehgal, Maxine Peake, Kenneth Branagh and more.

So if you have recently moved to the city of Manchester via the services of a man and van company, don’t wait long to purchase tickets for this amazing festival because you will definitely want to witness it at first hand. Speaking of man and van services, know that the city of Manchester is home to some of England’s finest moving companies so you can be certain that you won’t have a hard time finding high quality moving services for your relocation.

Once again we remind you that the upcoming MIF will be held from the 2nd of July to the 19th of July, 2015.

Green Packing Materials & the Ecofriendly Way to Dispose of Them

Five Amazing Grade I Buildings in the City of Manchester