If you decided to take a short vacation after the man and van company finished your relocation and opted for a quick visit to the capitol, London can offer you many options. But none of them will actually be able to compare with a visit to the British Museum. 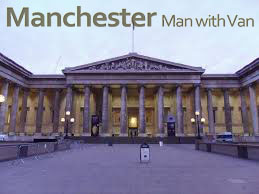 The Museum was opened in 1753 and today holds a collection of well over 8 million items (yes, that is not a typo!) that are representative of literally every stage of human history, from the deep pre-history to modern times. This makes it one of the largest public museums in the world – and one of the most important ones too.

The British Museum has overall 9 departments, dedicated respectively to Egypt and the Sudan, Ancient Greece and Rome, The Middle East, Prints and Drawings, Prehistory and Europe, Asia, Africa, America and Oceania, Coins and Medals as well as one dedicated to Conservation and Scientific Research. Naturally, the museum also has its own library and archive. Needless to say, some of the best specialists in the respective fields of study work for the British Museum, making great contributions to science every year.

According to the statistics released the previous year, in 2013 the British Museum had 6.7 million visitors. Those numbers startled even the people working there, because they marked an increase in the number of visitors with 20 % – and that is compared to the previous year. This comes to show only one thing – the interest in the collections of the Museum is greater than ever. The result  – well, the people working there really did their best and when you walk the halls of this great place of learning, you will notice that everything is presented in an engaging and interesting manner, suitable for both adults and kids.  If you want to learn something new every week, a weekend visit to the museum would be a good way to achieve it. If you bring your kids there at least several times a year, you will definitely ignite their will to become seeking and thirsty-for-knowledge individuals. And as a result – better people as a whole. What more a parent could hope for?

Talking about the building, it was designed by none other but the famous architect Sir Robert Smirke. He used his usual style, making it in a Greek Revival manner, with 44 Ionic columns at the entrance, which are pretty impressive even today.

No other place in London can offer such a wealth of information about human history and culture presented in an accessible and fun way as the British Museum can. After you step out of the door, you will feel your life enriched, but also you will know for sure that you have had some really fun and quality time. And you will come again soon for sure.