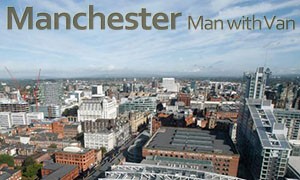 f you have already made the decision to move to Manchester, no matter whether it is because of work, education or just since you need a change of scenery, there are many important things that you should do besides finding a man and van company to move your belongings from your current place to the city. What you should do is at least know where you are going.

Did you already know those awesome facts about the City of Manchester before?

All those facts make you wonder why London is UK’s capital instead of Manchester, don’t they? Well, the city has much more to offer even today – just come and see.