England, the land of Kings is home to numerous world famous castles. This is why we have decided to write down an article with the best castles in the country, so that you can visit them one day with your friends or family. 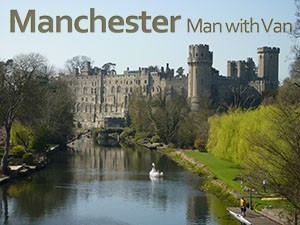 Warwick Castle – The medieval castle lies in the county town of Warwick in the central parts of England. Warwick castle is situated on a cliff that overlooks a bend of the famed River Avon. The castle was built by William the Conqueror during the first years of the 11th century. It was used as a fortification until the 17th century, when Sir Fulke Greville converted it into a country house. The castle was owned by the Greville family until the late 70s of the past century. Today Warwick Castle is listed as a Grade I building and is protected as a Scheduled Ancient Monument.

Tower of London – Located in the heart of the English capital, the Tower of London is perhaps the most famous castle of England. The official name of the castle is Her Majesty’s Royal Palace and Fortress. The castle lies in close proximity to the River Thames and just like the aforementioned castle was built during the 11th century by William the Conqueror. Throughout the centuries the castle has served numerous purposes such as a treasury, public record office, observatory, zoo and so on.  From 1303 to this date the Tower of London has been the home of the Crown Jewels of the United Kingdom.

Bodiam Castle – This castle is located in close proximity to Robertsbridge in East Sussex and is classified as a quadrangular castle. Many historians and architectural experts describe Bodiam Castle as the finest example of late medieval moated castle. It was built in 1385 by Sir Edward Dalyngrigge, a former knight of Edward III to defend the area from potential French invasions.

Windsor Castle – Windsor Castle is the largest inhabited castle in the world. The castle is located in Windsor in the county of Berkshire and dates back to the time of William the Conqueror. Along with the Buckingham Palace in London and the Holyrood Palace in Edinburg, Scotland, it is one of the official residences of the British Royal Family. Also many travelers describe Windsor Castle as the most beautiful castle in England.

St. Michael’s Mount – This castle is the counterpart of Mont Saint Michel in Normandy, France. The castle is the official residence of Lord St Levan and is located on an island off Mount’s Bay coast.

Make sure that you visit these five amazing castles, as soon as your relocation via man and van services is over. You should use the services of a moving company because by doing so you will ensure that you and your family go through a stress-free move. Don’t worry about the price of man and van services because most companies work with fair prices which won’t hurt your savings.